In a game from NHL, we will see Toronto Maple Leafs at Boston Bruins.

The Toronto Maple Leafs made the playoffs for a third straight year but they haven’t advanced to the second round on any of these occasions. The team is loaded with talent on offense. The Maple Leafs are averaging 3.5 goals per game while allowing 3 goals per game. John Tavares leads Toronto with 47 goals while Mitch Marner has 68 assists. Frederik Andersen had a terrific season so far in goal with 1958 shots faced.

The Boston Bruins are also in the playoffs for a third consecutive year and they have made it to the next round only once during this period. The team is averaging 3.1 goals per game on offense while allowing 2.6 goals on defense. David Pastrnak leads Boston with 38 goals while Brad Marchand has 64 assists. The goalie Tuukka Rask has allowed 90 goals on 1158 shots.

The Maple Leafs are in shaky form. Even though they started the season really well, they haven’t finished it the same way. The Bruins, on the other side, have a much-balanced side which is very consistent this year. It looks like a sure pick to me. 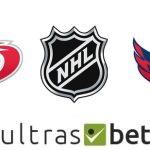