In the AFC Championship Game, we will see Tennessee Titans at Kansas City Chiefs.

The Tennessee Titans put on an absolute clinic last week when they beat the Baltimore Ravens. It was 21-6 in the third quarter and we all knew that the Ravens are finished. Derrick Henry was once again very good against the opposition’s front 7 and he finished the game with 195 rushing yards on 30 carries. He converted on so many third downs that Ryan Tannehill was only asked to throw the football 14 times, completing just 50% of them for 88 yards and 2 touchdowns. The Titans are running college schemes, playing like the best rushing teams in college with an NFL defense. The team can easily go over the top and they are making many big throws when they have an opportunity to do so.

The Kansas City Chiefs had a fantastic comeback against the Houston Texans. The team was trailing 21-0 after the first quarter but then it went onto a 28-3 run in the second one. Patrick Mahomes was sensational, throwing for 321 yards and 5 touchdowns in a game where his running backs were not efficient at all. Deshaun Watson, on the other side, was asked to throw the ball 52 times and run for his life on many occastions. He had great numbers but the Chiefs‘ defense made him suffer and he could not connect very well in the latter stages of the game due to his tiredness. The Chiefs are 5th in points scored with 28.2 per game while the team is also allowing 19.3. Their problem is that they are relying on Mahomes too much and this can lead to mistakes from time to time.

The Chiefs will certainly not face such a lousy opponent defensively. I know Mahomes is a monster and he will get his yards on offense but this will be a big test for Kansas City‘s defense. They had so much trouble against the run this year and now they will face a run-first NFL team. I believe Derrick Henry will have another 140+ rushing yards game and even though I believe the Chiefs will win it, I cannot see them covering the spread. 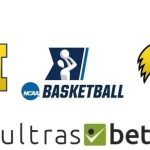 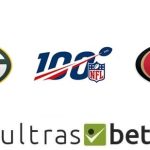