In a game from NCAAF Week 4, we will see Texas Southern at Houston.

The Texas Southern Tigers look for their first road victory, in order to avoid a three-game losing streak. They lost 6 of their last 8 games on the road so far. Glen Cuiellette is completing 55% of his passes for 529 yards, 5 touchdowns, and 4 interceptions. Trend Dickson and Bobby Hartzog are offering big help on the receiving end, making Cuiellette look much better under the spotlight. Defensively, they are allowing 26 points per game and 433 yards.

The Houston Cougars look for a bounce-back win before they get into conference battles next week. D’Eriq King is completing 58.7 percent of his passes for 997 yards, 12 touchdowns, and zero interceptions. The Cougars’ ground game is averaging 242 yards per contest with Patrick Carr leading the way, having run for 190 yards and a touchdown. Defensively, Houston are allowing 36 points and 558 yards per game.

Texas Southern are not a very experienced team and I’m sure that they will be destroyed by Houston. However, I doubt that, with conference games around the corner, the Cougars will play on top of their limits for the whole game. 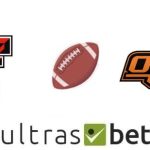