The Los Angeles Rams had a tough path to the Super Bowl as they had to go through 2 division rivals and the Tampa Bay Buccaneers. In all of their wins, they did one thing perfectly well – they stopped the run. That was pivotal and forced opposition QBs to throw the football more than they would have liked. Their rush defense around the end zone is still suspicious, though. QB Matt Stafford has been playing very well and he is receiving the right support from his offensive weapons.

The Cincinnati Bengals shocked everybody as they eliminated the Kansas City Chiefs in the AFC Championship game. QB Patrick Mahomes was intercepted twice which proved to be costly for the Chiefs. The Bengals are good at making key defensive stops occasionally and this is what brought them to the Super Bowl. QB Joe Burrow continues to play at a very high level and he has lots of weapons on receiving end that can help him on Sunday.

The Rams are hosting the game and will receive big support from the audience. Expect both teams to neutralize each other on the ground and the game will be decided through the air. The Rams have the better pass defense and they also have the better pass offense. The Bengals are the less experienced squad and that usually is a disadvantage in such games. Expect the Rams to get an early lead and win with the help of their fans. 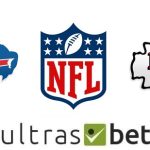 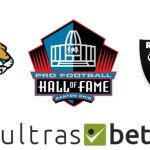