In FCS Football Week 13, we will see Stephen F. Austin at Northwestern State.

The Stephen F. Austin Lumberjacks managed to snap their 4-game losing streak with a win over Incarnate World 2 weeks ago but then also failed to win for another time. They are coming off a very tough 30-7 loss against Central Arkansas where the rushing game was totally missing. The good thing for them was that Breylin Smith (Central Arkansas’ QB) was intercepted twice and the defense continued its run of 3-games with at least 1 interception made.

On the other side, we have the Northwestern State Demons who are 3-8. This team started the season with 7 consecutive losses but it is also 3-1 since then. They are coming off a 31-28 win over Sam Houston State, a team that is above .500. QB Shelton Eppler played very well and finished with 306 passing yards, 2 touchdowns, and 1 interception. RB Stadford Anderson had a quiet game with 15 carries and just 62 yards.

There is so little separating the two sides but having in mind that Northwestern State is on a 2-game winning streak and their offense is performing much better than the Lumberjacks’, I will give the win to them and because of their home-field advantage, they will also cover the spread. 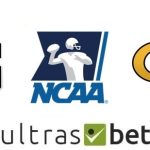 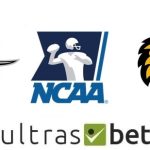