SC State will play against Jackson State on Saturday at Cricket Celebration Bowl.

SC State is 6-5 and having won 5 of their last 6 games. All of these wins came against weaker opponents from smaller schools, though. South Carolina State lost all of their games against elite opposition and was even dismantled 49-3 by Clemson but we all know that is a lot to ask from them. QB Corey Fields Jr. is completing just 50.7% of his passes for 1931 yards, 13 TDs, and 10 INTs.

Jackson State, on the other side, is 11-1 and on a 9-game winning streak. Their passing game is really amazing, being led by QB Shedeur Sanders who is completing 67.9% of his throws for 3056 yards, 29 TDs, and 6 INTs. Jackson State does not rely a lot on their rushing game. Their leading rusher RB Peytton Pickett has had just 99 touches this year and this speaks a lot.

Jackson State is just far better than South Carolina State on every aspect of the game. Jackson State’s passing game is amazing and will tear the Bulldogs’ defense apart. The Bulldogs do not have enough firepower on defense to withstand Jackson State and don’t have much to offer in this game. 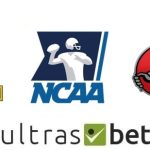