In Thursday Football Week 13, we will see New Orleans Saints at Atlanta Falcons.

The New Orleans Saints have lost just 1 game out of their last 9 and it was against Atlanta. Drew Brees had just returned from injury and he was excellent on the field, however, Alvin Kamara did not help him at all on the ground and he finished with just 25 yards. The Saints are averaging over 24 points per game which is good for 9th in the league while the defense is allowing 20.

The Atlanta Falcons are an interesting story this year. Their schedule is brutal and they have only played against above .500 teams with the exception of the Tampa Bay Buccaneers. They managed to get 3 wins against winning teams- one was against Philly early in the season while the other ones were against the Saints and the Panthers in recent weeks. The defense stepped up because it was missing in early weeks and this was the main reason for the victories.

The New Orleans Saints will be determined to take revenge and they will also have a chip on their shoulder as many people are questioning their Super Bowl aspirations. Big stage, big game, Drew Brees and Kamara will shine. 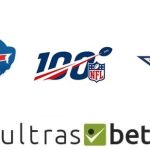 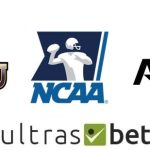