In a game from NHL, we will see Buffalo Sabres at Columbus Blue Jackets.

The Buffalo Sabres went into the All-star break with three losses in their last four games. The last time they played, they lost 4-3 to the Vancouver Canucks. Goalie Linus Ullmark conceded the loss with 4 goals allowed on 23 shot attempts. This was one abysmal performance from the Sabres on the defensive end and if they look the same way against the Blue Jackets, things won’t look good.

The Columbus Blue Jackets did not enter the break much better. They conceded two losses, including a 2-1 defeat against Minnesota last time out. Artemi Panarin scored on a power play in the second period while the goalie Sergei Bobrovsky took the loss, even though he played very well.

The Sabres’ defense still hasn’t convinced me that it can contain opponents and eventually win games. If I have to choose between the two defenses, I will certainly go with the Columbus’ one. Having in mind that they are playing at home, I do not think that they will have any difficulties outscoring Buffalo. 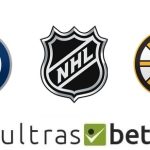 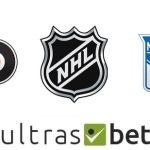