PSG hosts Arsenal in a match of the first round of group “A” of the Champions League.

PSG started the new season with a new coach – Unai Emery. They recorded two wins in the first two rounds in Ligue 1 but after that Monaco beat them with 3:1 and in the last round at “Parc des Princes” they draw against Saint-Étienne 1:1 and have only 7 points after 4 games.

Arsenal also have 7 points after 4 games in Premier League. They started with a loss against Liverpool at home 3:4 and then make a null draw against Leicester City. After that, they recorded wins against Watford and Southampton. The match against Saints was won with a goal in 94th minute. 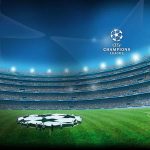