PrimeDice was one of the very first innovators in bitcoin dice gaming.

Primedice opened to much fanfare in 2013. Primedice is a provably fair site that makes the claim as being the number one gambling site for bitcoin, which is a bit excessive and unsubstantiated. However, Primedice was the first site to offer a bitcoin dice game and has grown for its unique features. While Primedice has seen success, its ownership is a closely guarded secret as is its licensing, which should be public information and does create some concern.

Primedice offers a number of interesting features that have been widely praised by players. This includes the ability to customise how the site is viewed. This includes seventeen different backgrounds that can be chosen. The site is mobile friendly and compatible with most mobile devices. One of the main features to Primedice is the extensive stats that provide information on all current stats relating to wins, losses, amounts wagered, profit, how many bets have been made, and even the number of chat messages you have sent. Stats can be reset at any time and will not affect historical statistics.

Primedice offers a fully automated betting system that is uncomplicated. This allows for payout multipliers up to 9900, a win chance, limiting the number of rolls before stopping, the ability to cease gameplay after a set loss or win and the ability to verify the integrity for every dice roll. The site is offered in English, Russian, Chinese and all transactions are strictly in bitcoins.

At this time, Primedice does not include bonuses on deposits. Instead, it awards the opportunity to win bonuses for special game prizes. This is carried out with a bitcoin faucet that is located in the left of the game and will award 0.000002 BTC to new players. The higher your player level increases, the larger the number of satoshis that will be awarded.

Primedice Mobile only offers a dice game. This is typical of most dice games, and all that is needed is to choose the amount you wish to wager and then proceed to click the “roll” button and await the outcome.

The software executing results is proprietary that is proven to be provably fair. Results can be checked, and same will display all details relating to the amount staked and the server seed. The house edge for Primedice is 1% ad this is a bragging point and one that has helped gain notoriety. 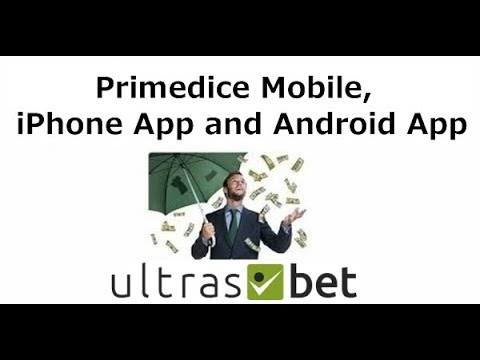 Banking is pretty simplified at Primedice Mobile as all transactions are processed using bitcoins. This includes deposits and withdrawals. The site offered support through live chat and an email entry form. Security wise, standard protection protocols are in place with respect to firewalls and 128-bit encryption protection, and of course, being that transactions are bitcoin processed, and therefore are anonymous.