In a game from NCAA Basketball, we will see Ohio State at Houston.

Ohio State is 20-14 for the year. The team didn’t perform well in the Big Ten Tournament as they were knocked out by Michigan State. However, they managed to get a victory over Iowa State in the first round of the NCAA tournament on Friday. Kaleb Wesson has been their most reliable guy all year long and he scored 21 points and also added 12 rebounds.

Houston, on the other side, is rolling at the moment. They have just 3 losses throughout the whole season. The Cougars certainly had an easier schedule than their opponents but it is still impressive that they got to 32 wins. In the win over the Panthers on Friday, Corey Davis, who is the team’s top scorer, had 26 points, 7 rebounds, and 6 assists.

Houston clearly has the better offense and the defense is not that bad. The Buckeyes played against a Cyclones’ team in the first round who couldn’t match their skill set. The Cougars can put up plenty on the board and I expect them to get an edge early and get to a 10-point lead early in the game and never look back. 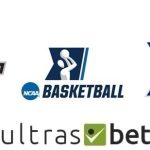 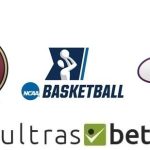