MLS season in the USA continues this Saturday night with the game between the New York Red Bulls and New York City. This is the derby of New York. The leader hosts the fifth in the current standings.

The team of New York City is leading the Eastern Conference. The team has 4 wins, 5 draws, and 3 losses. But the team still 5 games unbeaten with a draw against Montreal, 3 consecutive wins against Vancouver, Portland and DC United and a draw at Toronto Wednesday.

New York Red Bulls are in 5th place in the East with 4 points less of their opponents. The team has 4 wins, 1 draw, and 7 defeats. After a draw and a defeat, the Red Bulls have emerged Wednesday against the Chicago Fire 1-0.

For the team of New York City, the experience of Vieira at the high level seems to be working and pull the team up. Connor Brandt is out. Frank Lampard and Jack Harrison is uncertain. David Villa scored four goals in his last 4 games.

On the side of New York, Damien Perrinelle is out. The goalkeeper Meara should not delay making his return to action after a long injury. New York will rely on its best player Sacha Kljestan and marksman Bradley Wright-Phillips.

Last year, New York RB won their three games against New York City. But this season with players like Andrea Pirlo, David Villa, and Frank Lampard, the home team are better and I expect, that they will win this derby. 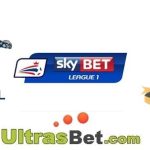 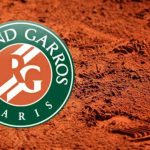