New Mexico is 2-2 on the year. The Lobos lost to Notre Dame by 52 points in week 2 and their other loss was a very surprising one and it came against Liberty. QB Tevaka Tuioti completed 50% of his passes for 626 yards, 4 touchdowns, and 3 interceptions. New Mexico still hasn’t solved the QB riddle and there are also two other guys with playing minutes but they haven’t shined at all. RB Ahmari Davis is doing most of the job on offense, averaging 5 yards per carry.

San Jose State is also 2-2. The offense is flowing but the defense can’t hold it together. That is why they lost to Tulsa and Arkansas. QB Josh Love is completing 60% of his throws for 1013 yards, 5 touchdowns, and 1 interception. The other QB Nick Nash is being used as a running back most of the time and he has 203 rushing yards so far.

The Spartans’ defense is not solid but it will play at home and it will face a Lobos’ side which is not very good as well. I expect a game with lots of points which New Mexico won’t be able to control. Even if they do win the game, I doubt that it will be by 7 points or more. 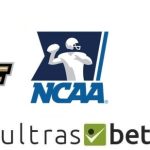 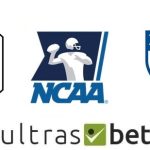