New Mexico will play against Utah State in Week 13 of NCAA Football on Thursday.

New Mexico lost yet another game last week against Air Force where they could not stop the run at all. As a whole, the team is allowing 33 points per game and the offense usually cannot stay in the games because they always have to trail. In my opinion, the Lobos can run the ball really well but we rarely see this. RB Bobby Cole is averaging 5.7 yards per carry and he also has one touchdown in his stats.

The good news for New Mexico is that they will be playing an even worse team than theirs. Utah State is 0-4, averaging just 11.3 points with 112 passing yards and 130 rushing yards per game. The defense is also one of the worst in the country, allowing 37.3 points per game, even though the Aggies haven’t played any elite opponents so far. QB Jason Shelley is completing only 51.5% of his passes for 420 yards, 2 touchdowns, and 2 interceptions.

Regardless of how odd it may seem, New Mexico is the absolute favorite here. They will be playing a team that is much much worse offensively and defensively and the most logical is to hand the win to the Lobos. 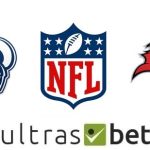 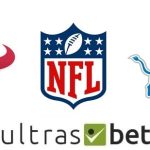