In a game from NCAA Basketball, we will see New Mexico at San Diego State.

The New Mexico Lobos are coming off a 91-76 loss to Colorado State on Saturday. They started trailing early in the game and by half-time the deficit was 10 points. Vance Jackson was the Lobos top scorer with 18 points, 12 rebounds and four assists while Anthony Mathis added 16 points. The team lost the game because it turned the ball over too many times.

The San Diego Aztecs had an abysmal game offensively against Air Force as they scored just 48 points and lost by 14. They shot just 38% from the floor and were trailing by 14 at half-time. Jalen McDaniels was the only double digit scorer with 18 points while also grabbing 11 rebounds.

San Diego State has been playing very badly at the moment and the offense is tragic. Even though New Mexico is just coming off a game where they allowed 91 points, they are still very good offensively and on their best day they can compete with the true powerhouses in the country. I expect the Lobos to cut the turnovers in this one and get the needed victory on the road. 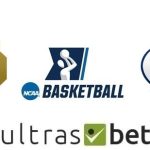 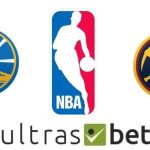