New Mexico will play against Air Force in Week 12 of NCAA Football on Friday.

New Mexico still can’t get a win and that is mainly due to their issues on defense. The team is allowing 34.7 points per game and the offense just can’t keep up with these numbers. QB Tevaka Tuioti is completing 56.1% of his passes for 485 yards, 4 touchdowns, and 1 interception. Tuioti is doing a good job of scrambling with the football and RB Bobby Cole is adding 5.8 yards per carry, however, the Lobos are mainly asked to play from behind and they can’t use their great running game.

Air Force do not even try to throw the football. I’m pretty sure they can play without a QB as they are only using their running backs. The Falcons have the best rushing attack which is averaging 330 yards per game and this is helping the offense a lot. They are averaging 26 points per game on offense and allowing 24.3 points on defense.

Neither team has been that great so far but Air Force is dominating opposition with their running game. The Falcons also haven’t played for three weeks now and they will definitely be the fresher side. 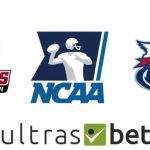 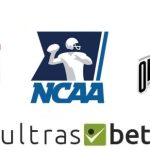