At the beginning of the season, everyone wrote off the Patriots. For the past 10 years, we’re always listening to the same song. They are too old, they can’t do this anymore, Tom Brady will start declining this year and etc. However, the Patriots are once again in the Super Bowl and Tom Brady is playing better than ever even at the age of 42.

Brady finished the regular season with 4335 passing yards, 29 touchdowns, and 11 interceptions. In the playoffs, Brady has stepped off a bit with 2 touchdowns and 2 INTs but he has made key throws when needed the most, especially against the Chiefs.

He finally has a rushing game with Sony Michel leading the way with the help of Rex Burkhead and James White. The defense was abysmal during the regular season but it stepped up in the playoffs and it helped the Pats advance to the Super Bowl.

The Los Angeles Rams finished first in the NFC West with a 13-3 record. The team’s performances at home were always spectacular shows and finally, the Los Angeles area had a good NFL that the people can cheer for. The team went to Super Bowl after beating the Cowboys easily at home and then grinding out a 26-23 win over the New Orleans Saints.

Los Angeles’ quarterback Jared Goff finished the regular season with 4688 passing yards, 32 touchdowns, and 12 interceptions. In the postseason, he has been quiet but he is still making key throws as his opponent Brady does.

CJ Anderson was added late in the season to the team but he has featured very well so far. He is helping Todd Gurley who is probably the best running back in the league. He finished third in rushing with 1251 yards while he has 125 rushing yards in the postseason along with 2 touchdowns.

The Ram’s defense showed up in the postseason and it is allowing 22.5 points per game. Having in mind that they played the Saints away, this is a remarkable achievement and an improvement from the regular season.

Even though it will be a really great story the Rams to win it and Sean McVay to start his dynasty with a trophy, I can’t bet against Tom Brady. Belichick had 2 weeks to prepare for this game and I’m sure the defense will be ready for the tricky plays the Rams have. It may come down to the wire and we all know who wins these tight affairs. 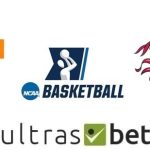 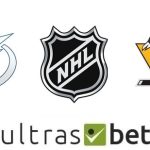