NC State will play against Kentucky at TaxSlayer Gator Bowl.

Kentucky is 4-6 after falling to several top 25 teams but the interesting thing is that the Wildcats do not have a style. The team is trying to rush the football, even though this is not very efficient. Still, it is better than passing the ball because they are one of the worst teams in the country in that regard. The offense is averaging 21.7 points per game while the defense is allowing 26.4 points.

NC State is 8-3, having played against ranked opposition 5 times this season. The Wolfpack lost to Virginia Tech, UNC, and Miami but beat Pittsburgh and Liberty. They are famous for their good offense that is averaging over 30 points per game but their issue is on defense as they are allowing nearly the same amount of points. QB Bailey Hockman is completing 63.7% of his passes for 1820 yards, 12 touchdowns, and 8 interceptions.

NC State has the offense in place, in order to win such a game. Even though Kentucky is a powerhouse and has talented players, they haven’t proved this to us this year and I expect the Wildcats to finish the season with a loss in a bowl game. 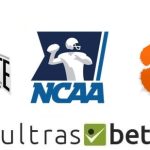