Minnesota Vikings will play against Tampa Bay Buccaneers in week 14 on Sunday.

The Minnesota Vikings are 6-6 but they found their rhythm lately and won 5 of their last 6 games, losing only to Andy Dalton and the Cowboys. RB Dalvin Cook is controlling the games with his rushing and the Vikings are ranked 6th in rushing yards per game with 145.7. This gives QB Kirk Cousins the ability to throw the football for short gains, limiting his mistakes. The defense has talent all over the place but Minnesota is struggling so far this season.

The Tampa Bay Buccaneers seem to have lost their groove the last couple of weeks. They are 1-3 in their last 4 games and those 3 losses came against over .500 opponents. Overall, the only Buccaneers’ win over a playoff team came against Green Bay in week 6 where Aaron Rodgers was not able to do anything against Tampa. QB Tom Brady is completing 64.8% of his passes for 3300 yards, 28 touchdowns, and 11 interceptions.

Even though most people don’t like 7-point spreads, I’m betting for it here. Tampa is great against the run and that would force Cousins to throw the football and we know that he is a turnover machine when throwing deep. 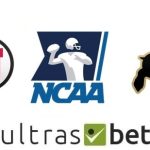