Milan and Roma face off against each other in the most interest game from last 38th round in Serie “A”. The meeting is on May 14, Saturday, from 19:45 at “Stadio San Siro”.

The team of Milan is on 7th place in the standings with a total of 57 points, one less than 6th Sassuolo. “The Red and Blacks” must seek a compulsory victory to qualify in the top six and to participate in the Europa League. They have a chance to to qualify to the tournament and from Coppa Italia. On May 21 in a battle for the trophy, Milan will face the champion Juventus.

In the last round, “Rossoneri” beat Verona 1:0 as a guest, which ended a run of three games without success in the league. In their last ten games in Serie ‘A’ Milan have only two victories, so quite far from his best form.

“The Wolves” will try to qualify in second place in Serie A, which will be rewarded for good performance over the second half of the season. Now they are with two points less than Napoli.

In the last round graduates, Luciano Spalletti not faced difficulties in their home game against Chievo and won 3:0, and before that Nadir Genoa 3:2 in Genoa. Roma has only one loss in their last 12 games away from home in the league.

In the first match, this season both teams do not beat at “Olimpico”, ending at 1:1. Although in the upcoming match and both teams will be led by other coaches compared to the match in Rome, I expect against goals for both teams because Milan should be playing strong in their last home game of the season while Roma is one of the best guests in Serie “A”. 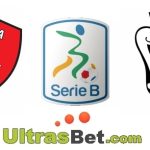