Philipp Rivers has never won a game against Tom Brady and that is a big knock against the high-valued quarterback. The Chargers played well offensively throughout the year, averaging 26.8 points per game and they even scored 23 on the best defense in the league last week. Rivers had a great season himself, throwing for 4308 yards, 32 touchdowns and 12 interceptions. Melvin Gordon led the team in rushing with 885 yards and 10 touchdowns.

The New England Patriots, on the other side, managed to get to the postseason, despite fielding their worst defense in recent years and despite playing awfully on the road. The team won all of its 8 home games and it will be expecting this to continue on Sunday as well. Tom Brady threw for 4355 yards, 29 touchdowns, and 11 interceptions and he also received big help from RB Sony Michel who led the team in rushing with 931 yards and 6 touchdowns.

Even though the Chargers have a great offense, I believe that the Patriots are the more experienced side which will get the job done in front of their own fans. The Chargers are weaker away from home but I expect them to put a fight. They will certainly score at least 21. 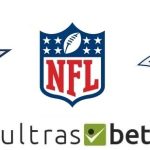