In NCAA Football Cure Bowl, we will see Liberty at Georgia Southern.

The Liberty Flames are 7-5 on the year and 2-3 in their last 5 games. Last time out, they beat the 2-10 New Mexico Aggies 49-28. QB Stephen Calvert threw for 169 passing yards and 1 touchdown on 16 of 29 passing. RB Frankie Hickson rushed for 196 yards and 4 touchdowns and he was the big reason for the Liberty win.

The Georgia Southern Eagles are also 7-5 but they faced a much tougher schedule and they even managed to beat a ranked team- Appalachian State, 24-21. The team is averaging 28 points per game both on offense and defense. QB Shai Werts is completing 53% of his throws for 704 yards, 9 touchdowns, and 0 interceptions. The team does not throw the ball much and they prefer to do damage on the ground. RB duo J.D. King and Wesley Kennedy III have rushed for over 1500 yards combined and 18 touchdowns.

Georgia Southern has a win over a ranked side on their resume while Liberty could not even score a point against Syracuse who turned out to be a mess in the end. Georgia Southern has a great rushing game that will allow them to cover the 5-point spread and it will also keep the ball away from the Liberty’s offense. 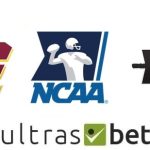 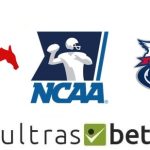