Funnily enough, the only games the New York Jets won this year came against good teams. They beat the Titans in week 4 and the Bengals last week. All of these wins came at home but we have to take into account a couple of things. First and foremost, the Jets committed 3 turnovers and it is a miracle that they won. Secondly, the team does not have a running game, allowing just 75 rushing yards per game. They are top 3 in the least points scored per game and also top 3 in most points allowed per game.

The Indianapolis Colts won 3 of their last 5 games but the team is coming off a heartbreaking loss to the Titans. The game went into overtime and the takeaways we can get are that:
• Carson Wentz is inconsistent.
• If you ask him to throw the football a lot he will commit turnovers.
• The running game is essential to winning games.

The Colts have a team that can get to the playoffs because its defense is decent. Carson Wentz just needs to give the ball to his backs, throw a couple of key passes and this game will be his. I believe Indianapolis can control the game against a team that is capable of doing silly things on offense, and thus, giving the ball back to Indy. If the Bengals can force 3 turnovers, then Indy is definitely capable of forcing even more. 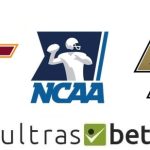