In FCS Football Week 16, we will see Illinois State at North Dakota State.

The Illinois State Redbirds are 10-4 and 3rd in the MVFC. They have a very tough task this week as they will face probably the best team in the FCS this year and also the most dominating one in the past 5 years. The Redbirds are on a 2-game winning streak and they surprised many people when they beat Central Arkansas on the road last week, 24-14. QB Bryce Jefferson completed just 6 out of 11 throws for 75 yards but the running game was more than efficient. RB James Robinson finished the game with 210 rushing yards and 2 touchdowns on 37 carries.

North Dakota State is 13-0 and 8-0 in conference play. They rarely score less than 30 points and they rarely concede more than 20. Last time out, they played Nicholls and they just dismantled them, 37-13. They went on a 23-3 run in the second half, in order to seal the deal. QB Trey Lance was very good with his 169 passing yards and 2 touchdowns while he was also very efficient on the ground as well, leading the team in rushing with 88 yards and a touchdown. The defense also did its job very well and forced two interceptions.

North Dakota State is clearly going for another title and the Bison look like the best team in the FCS at the moment. The Illinois State‘s offense is not that good and will suffer against the Bison. 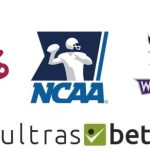 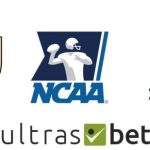