Houston will play against Auburn on Tuesday at TicketSmarter Birmingham Bowl.

Auburn Tigers is 6-6 and on a 4-game losing streak. Even though they lost their last 4 games, they played really well last time out against Alabama. The Tigers lost just 24-22 and had a real chance to win the game late in the 4th quarter. Auburn allows just 22.2 points per game and this is a decent number when having in mind that they’ve played against very tough opponents. The offense scores 29.1 points per game with both the passing and the rushing being good.

Houston’s defense is better in terms of yards allowed. I believe this game will be very close and the winner won’t be determined till the end. Auburn’s numbers, however, look very good if we exclude the games against ranked opponents. The Tigers are the better team and having the experience they have playing against ranked opponents will be crucial for getting the W here. 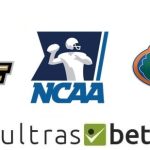 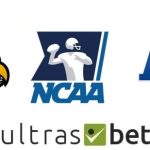