In this game first leg of the 3rd qualifying round of the Europa League, Hertha hosts Brondby.

Long time Hertha Berlin was in a place in the Champions League, but they has completely collapsed at the end of last season finished seventh in the German Bundesliga. The Germans return directly in this third qualifying round, but they come to take a slap in friendly against AZ Alkmaar Saturday (3-0).

Brondby finished 4th in their league and have already played two rounds of qualifications in the Europa League. The Danish eliminated Icelanders Valur and Scottish Hibernian despite a setback in the second leg. The Scandinavians also won their first two league games, against Esbjerg (4-0) and Silkeborg (0-2). In the squad of Brondby can note the presence of the former Auxerre player Kalhenberg and former Finnish player of Schalke 04 Pukki. The rest of the team is 90% Danish.

We see Hertha react after Saturday’s defeat, and so play better against Brondby at home. The guests are a team with not good defence in Europeans competitions and I think that we will see a game with many goals. 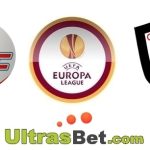 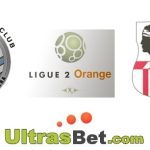