Florida Atlantic will play against Southern Miss in Week 15 of NCAA Football on Thursday.

Florida Atlantic is playing its last game of the college season against Southern Mississippi. It has been an achievement for the Owls this year as they are 5-2 and their two losses were expected as they conceded them against Marshall and Georgia Southern. Florida Atlantic is mainly relying on the run to give them points. They are 42nd in the league in rushing yards per game with 118.3 yards while their defense is one of the best in the entire league, allowing just over 12 points per game.

On the other side, we have the exact opposite- a team that can be called shaky at best on defense. The Southern Mississippi Golden Eagles are allowing 32.4 points per game and scoring just 23.3 points. Even though they are not playing any elite opponents, they always lose their games and their defense rarely steps up. Do not get carried away by looking at their last 3 performances- they allowed fewer points but they also played much weaker sides.

Florida Atlantic is the big favorite here and since I can’t see the Golden Eagles scoring more than 10 points, it will be really a surprise to see them playing well against the spread. It is a no-brainer for me. 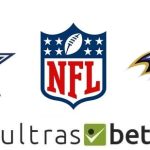 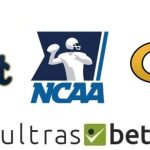