Fantasy Football has grown to become one of the most significant components with online gambling.

Fantasy Football has grown to become one of the most significant components with online gambling. Since this form of entertainment became popular in the late 1990s, there have been websites that collect the projections, odds, picks and data from dozens of sporting sites like ESPN or Fox Sports. These collected stats enable players to inform themselves better on which teams or players are likely to payout. 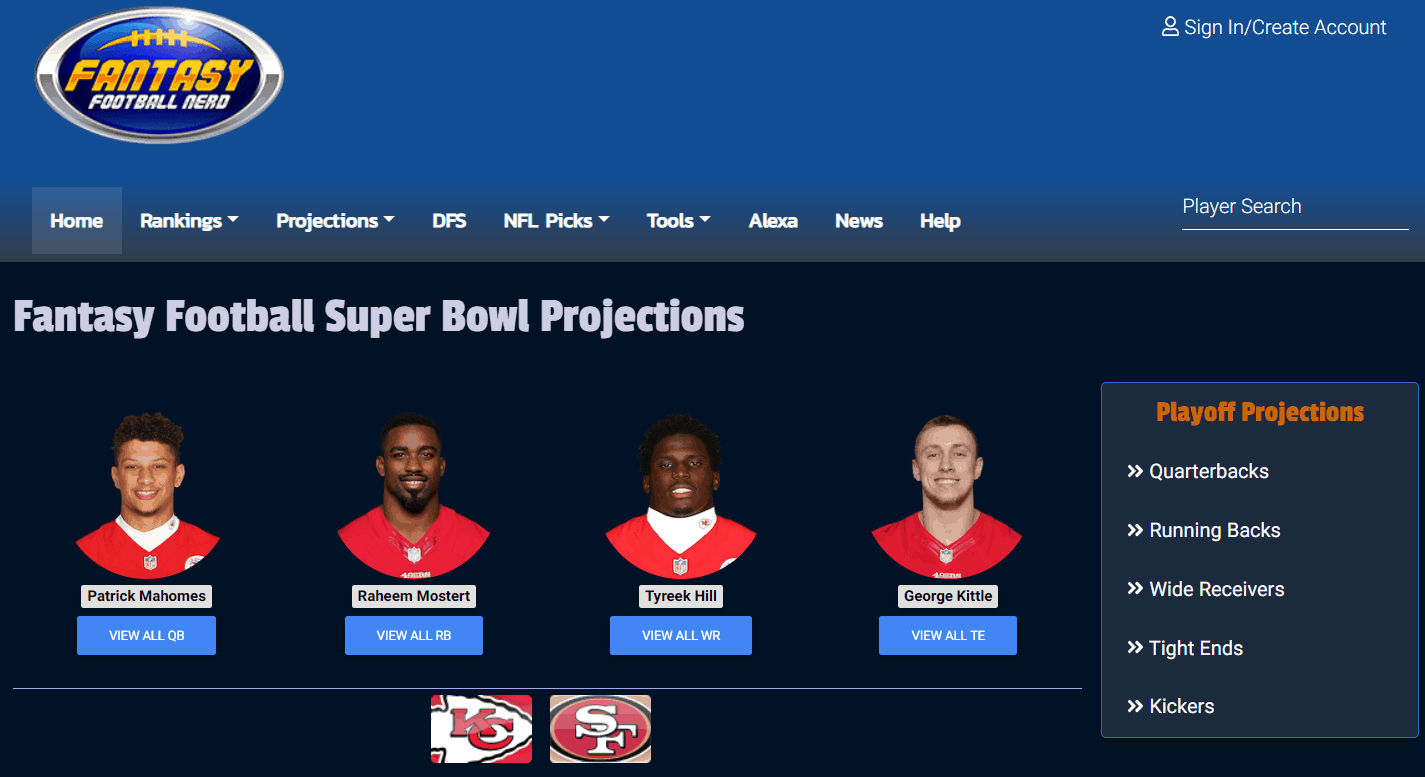 The available projects at Fantasy Football Nerd are presented in two categories, the draft projections and weekly projections. When selecting the weekly option, users can backdate the weeks or move forward, with a maximum of seventeen weeks displayed. The predictions presented include the Player, Team, Comp, Att, Comp%, Pass Yds, Pass TD, Int, Rush Ydrs, Rush TD and Fumbles. This applies for both the weekly and draft projections. Players that require more information outside the standard predictions can select the premium membership, which costs $15.00 Monthly. These premium users don’t just receive additional projects, but also acquire new standard tools and seasonal tools. It should be noted that these projections are compiled into a collective number by combining the odds and percentages from 38 different sites.

Fantasy Football Nerd maintains multiple tools for their fan base. These tools are separated into three categories which include Pre-Season Tools, Season Tools and Misc Tools. These tools enable consumers to learn about the upcoming lineups, recent news, injury reports, potential drafts and much more. Below we’ve listed the available tools provided to Fantasy Football Nerd Consumers. 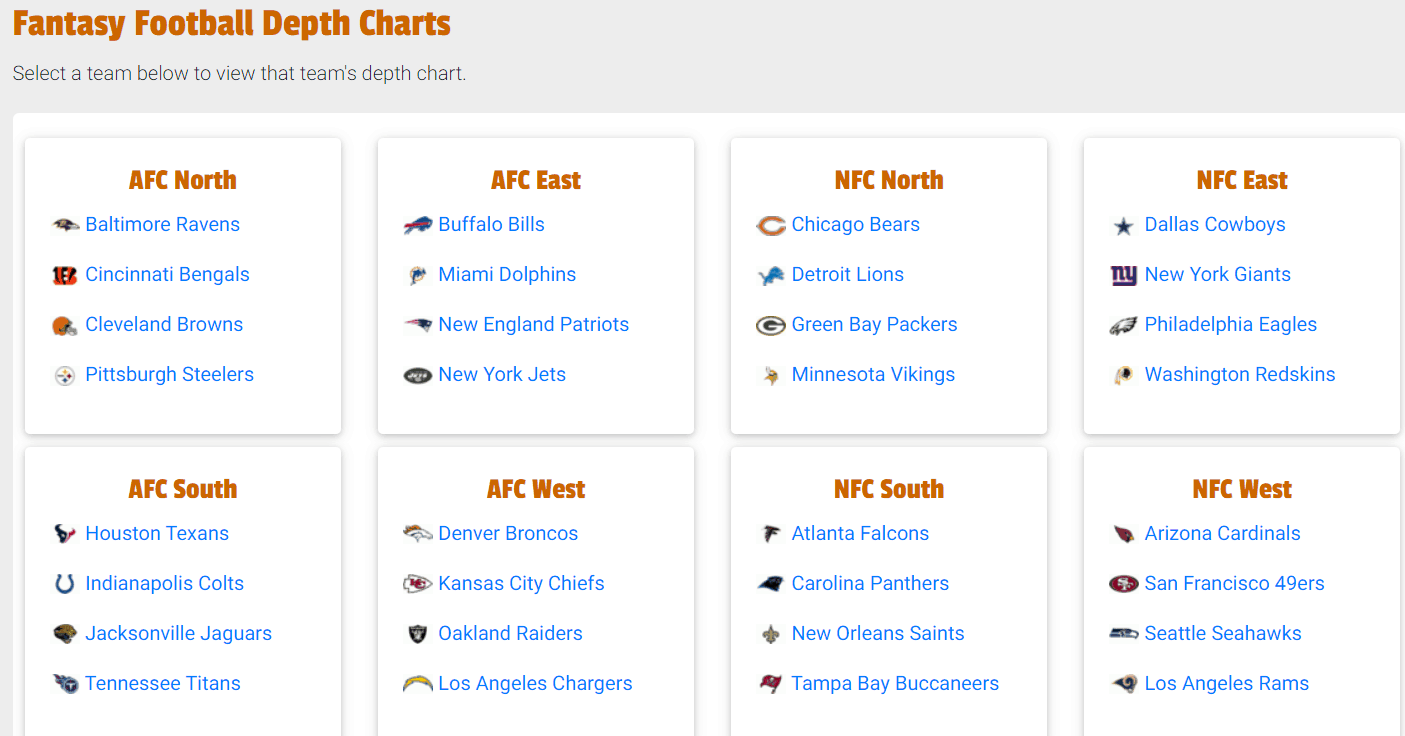 These tools assist consumers in being able to track picked players while weighing in on consensus rankings. The features provided through these tools extend to maintaining an un-biased third party collective or by keeping tiers multiple for your fantasy football. Collectively, the tools managed by Fantasy Football Nerds are more potent than any of their competitors.

Some multiple policies and conditions factor into the Fantasy Football Nerd. Before consumers begin their adventurous experiences with this site, it’s recommended that users review the entirety of those conditions and policies. However, this is a formidable task, which is why we’ve comprised the most critical systems enabled with this fantasy football service.

Numerous other conditions and policies are applied to Fantasy Football Nerd. Any questions regarding terms of conditions can be answered by support staff through the contact us page. Reach support agents through Facebook, Twitter, Phone or Email.

Are subscriptions based on an auto-renew format?
Fantasy Football Nerd doesn’t maintain the auto-renew format. Consumers will have to force repayments through their account. This is because FFN feels that auto-renew isn’t in the best interest of consumers.
Can I cancel my subscription at any time?
Consumers that don’t want to spend $15.00 per month with Fantasy Football Nerd can select the cancellation page. Here players can terminate their accounts without the approval of support staff.
How often are the rankings, stats and odds updated?
Fantasy Football Nerd updates their projections, rankings, odds, stats and all other information one per day for the drafts. However, when it applies to weekly predictions, all data is updated twice per day.
What are private leagues on FFN?
Private Leagues are fantasy football events that are maintained by notable sporting agencies like ESPN or CBS Sports. However, when the league has become full, it will become un-private.

Why Play at Fantasy Football Nerd?

FFN is nearly the perfect fantasy football informal service available on the web. Since opening in 2009, they’ve continuously provided their fan base with some of the most reliable stats and odds for fantasy football. Having the capability to acquire information from 38 sites is unheard of, giving members an advantage over other fantasy football fans using other websites. Subsequently, we give Fantasy Football Nerd an 9/10 Star Rating.