Since opening, they’ve become one of the most formidable brands in the United States of America, Europe and Canada. Fanpicks manages fifteen sporting leagues for fantasy sports fanatics.

It’s the beginning of the 2015 National Football Association Season, and a new fantasy sports league has opened their doors, excitement is in the air, and lots of money is being won. This was the entrance FanPicks had when they became operational four years ago. Since opening, they’ve become one of the most formidable brands in the United States of America, Europe and Canada. FanPicks manages fifteen sporting leagues for fantasy sports fanatics. Available with these leagues are nine contest variations, allowing for versatility in how players approach their fantasy sports strategies and gameplay. Complimenting these fantasy sports are promotions, such as the Refer-a-Friend Bonus or Weekly Freeroll. These promos extend to the reward points program and unexpected comps. Any questions regarding the games or promotions can be answered directly by the 24/7 Support. Subsequently, all the building blocks required out of an immersive fantasy sports league is maintained with FanPicks. 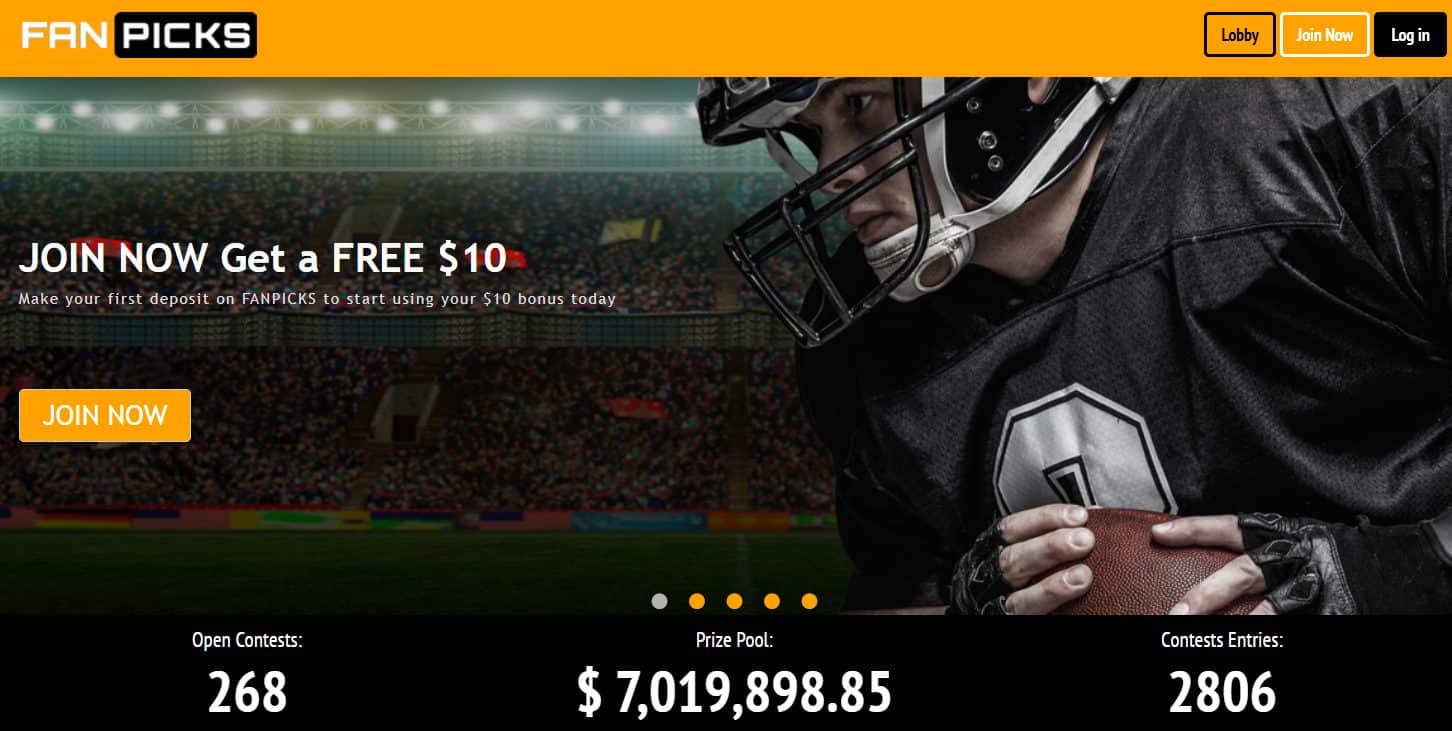 Signing up with FanPicks allows for players to acquire FanPicks vouchers and the occasional free chip. There are three bonuses maintained and two free chips offered to players. These bonuses include match deposits, crypto-friendly promotions and FanPicks freerolls. However, before acquiring any of these bonuses, it’s recommended that consumers review the bonus terms and conditions. These conditions include rollovers, which is listed at x20 the balance of your account. Another term also states that no more than $50,000.00 can be won from a promotion. Review all the listed bonus terms to guarantee they follow suit with strategies.

The United States of America and Canada are the two dominating jurisdictions with FanPicks. The majority of the sports leagues provided are played in these two nations, which is why FanPicks has become the most significant fantasy sports league in North America. Contained in these sports leagues are all the available teams, players, coaches and staff for each sporting organization. Connected to the easy sporting league are the contest types. The open contests include Point Spreads, Easy Picks, Fantasy Lotto, In-Game, Tournaments, Single Events, Season Long, Cross Sports, Salary Cap and H2H.

European Players can create a wager on these available contests, regardless if it’s an American or European Team. The available leagues maintained in Europe on Fanpicks includes La Liga Spain, Ligue 1 France, Serie A Italy and Bundesliga Germany. When looking to the North American leagues, players have eleven leagues available to them. These include the NCAAF, NFL, MLS, MMA, PGA Tour, UCL, NCAAB, EPL, MLB and the NBA. On average, there are more than 150+ contests active for consumers. Prizes can vary between $5.00 and $1,000,000.00 depending on the competition selected.

Fanpicks manages a specialised reward points program that is perfect for any fan of fantasy sports. Players can acquire reward points by signing up for the program, with one point earned for every ten dollars spent. Instead of turning these reward points into cash at FanPicks, there is also an online store that offers numerous products for voucher point purchase. The online store is separated into five categories that include Gadgets, Personalized, Caps, Tailgating and Cash Rewards. The available products for purchase include Utility Tools, Sunglasses, Football Jerseys, Mugs, Baseball Hats, Beer Pong Tables and Backpacks.

When selecting Cash Rewards, players can deposit 1,000 to 20,000 Voucher Points to earn $25.00 to $500.00 in free credits. It should be noted that there isn’t any other fantasy sports league that maintains an online retail store for their clientele, which separates FanPicks from their competition.

The Table of Contents at FanPicks is managed in two categories, which allow players to educate themselves on all the rules and scoring information implemented at this Fantasy Sports League. Scoring is separated into eight sporting options which include NFL, NBA, Baseball, Hockey, College Football, College Basketball, Soccer and Golf. Selecting the rules in the table of contents reveals multiple pages.

In the modern era, the most exciting way to experience fantasy sports is through a mobile device. Luckily, FanPicks maintains two renditions of their mobile services for fans. The first is managed through HTML5 Coding, allowing for their services to be acquired on Mobile Browsers like Chrome or Safari.

FanPicks also provides a fully realized mobile application of the iOS and Google Play Store. Available with both of these mobile platforms is the same selection of contests, sporting leagues, information and promotions. In comparison to FanPicks online website, FanPicks mobile app and site is a direct replica. Those wanting a more portable experience with their fantasy sports can download the FanPicks App today.

FanPicks in four years has become the most significant fantasy sports league across North America, and they’re quickly growing in the European Union. This is because the services maintained with this fantasy sports league is unrivalled by other sites. The sporting contests offered are complemented by the bonuses, reward points program, support staff and mobile products. Subsequently, the experiences gained from FanPicks is unlike anything else available on the web. We recommend their services and give them a 9/10 Rating.