In the Celebration Bowl, we will see Eastern Washington at North Dakota State.

The Eastern Washington Eagles have two losses on the season but they are in the FCS Championship game. Eric Barriere is completing 61.8 percent of his passes for 2,252 yards, 24 touchdowns, and 7 interceptions. The Eagles are counting on a good offensive game as they are comfortable with both throwing the football and running it. Defensively, the team is allowing 21.5 points per game and 386.5 yards.

The North Dakota State Bison are on the way to win their 15th national championship while this is will also be their 7th since 2011. Easton Stick is playing very well as a QB and he is completing 61.8 percent of his passes for 2,554 yards, 26 touchdowns, and five interceptions. Defensively, the team is very solid, allowing just 11.8 points per game and 284.4 yards. Offensively, they are getting things done with ease and a few weeks ago they shut down an opponent in the playoffs.

The Eagles have an offense that can cause trouble for the Bison because they have an elite quarterback for the FCS in the face of Barriere. Despite this fact, North Dakota is by far the better team and in the three playoff games the team played, it won by an average of 33 points per game. They are looking unbeatable at the moment and I believe that they will blow the Eagles out in this one. 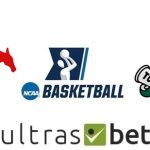