Eastern Illinois will play against Indiana State on Saturday at Memorial Stadium, Terre Haute, IN.

Eastern Illinois had an interesting spring session. They managed to lose two games from winning positions and this is what really stands out the most. Their ability to close games is not very good and in general, they’ve had awful campaigns in recent years- winning just two games in the last two years. The QB battle is still not over but whoever takes the starting job will have the difficult task to win games on his own with a limited receiving corp.

Indiana State are really famous for their good offense. Their wide receivers are capable of winning games by themselves. WR Hendrix is one of the best WRs in the division and he is even chasing a record for the most consecutive games with a reception. If he gets one against Eastern Illinois, he will break the record. QB Thompson is a dual-threat QB who can hurt you both with his legs and with his arm. He is an unconventional player who also throws the ball out of the pocket.

🏈 is back on Saturday! Time to check in with Coordinators Corner with @ISUCoachWilson and @MichaelSwitzer before the Trees take on Eastern Illinois this weekend!#MarchOn | #LeaveNoDoubt pic.twitter.com/SN4NYQKafH

Indiana State won the last two games between these two teams and it is highly likely that this will happen once again. Indy has the better players on offense and they will score a bunch of points. The QB situation at EIU is not perfect and I have doubts that they will be able to deliver. 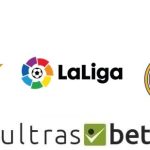 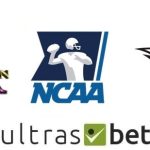