In a game from NBA, we will see Dallas Mavericks at Los Angeles Clippers.

Dallas Mavericks are in 4th place in their conference with 15 wins and 14 losses this season, while the Los Angeles Clippers perform a little better with 17 wins and 13 losses.

The Los Angeles Clippers are in a bad shape – they lost four consecutive matches. Three days ago, the Clippers lost against Portland Trail Blazers with 127-131, before losing as a guest vs Oklahoma City Thunder. Now the team has two consecutive home game before Christmas and will strive to achieve two victories. Tobias Harris is the team’s top scorer so far with 21.5 points on average and is also the leader in rebounding with 8.2 rebounds on average.

Dallas Mavericks lost to Denver Nuggets two days ago with 118-126. Before that, Dallas Mavericks lost 113-120 from Sacramento Kings, as well as from Phoenix Suns 89-99. Mavericks will try to avoid a fourth consecutive loss in this game at Staples Center. Luka Doncic justifies all expectations and is the team’s top scorer with an average of 18.4 points per match. DeAndre Jordan is first in rebounding with 13.8 rebounds on average. Doncic and DeAndre Jordan are the key guest players and will have to be on top if the Dallas wants to win the match.

The two teams played a game this season as the Dallas Mavericks won in its own hall American Airlines Center with 114-100. We think that in this game Los Angeles Clippers will win because they have good players and it does not fit them to register a fifth consecutive loss. 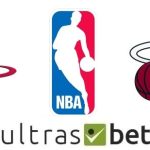