Coastal Carolina will play against Arkansas State on Thursday at Centennial Bank Stadium.

Coastal Carolina is 5-0 with 5 super dominating wins but it is fair to say that they haven’t faced any great opponents so far. Coastal Carolina continues to pound the football and the Chanticleers are 6th in the country in rushing. The passing game is only used when needed while the defense is one of the best in the country, allowing just 14 points per game.

Arkansas State is 1-4, even though they haven’t faced any ranked opponents. The Red Wolves usually do not have trouble scoring points and their passing game is good but their defense is the second-worst in the country, allowing 45.6 points. They can’t really stop anything- neither the run, nor the pass, and their offensive rushing game is led by RB Lincoln Pare who is the leading rusher with just 117 yards across 5 games.

Having in mind Arkansas State haven’t faced any good opponents and the points they scored were against weaker teams, I’m sure they will find it extremely hard against one of the best teams in the country. And even though Coastal Carolina is not the best offensive team, they won’t face any trouble scoring points on Thursday. 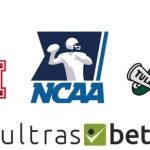 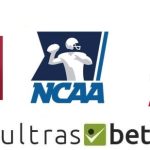