The Arizona Cardinals were one of the main favorites to win the Super Bowl at the start of the season. In their last 5 games, however, they won just once and at the end finished the season with 11 wins and 6 losses. The Cardinals showed lots of vulnerabilities on defense, especially when it comes to defending the rush. In terms of offense, they are top 10 in both rushing and passing while also averaging 26.4 points per game.

The Los Angeles Rams finished the season with a 12-5 record and on a 5-1 run. They had trouble in mid-season and lost 3 straight games but after that, they found their groove and qualified for the playoffs. The addition of OBJ and Von Miller really disrupted their rhythm but they quickly got it again. The Rams rely a lot on their passing game, averaging 273.1 yards per game. The rushing is one of the worst in the league, averaging 99 rushing yards per game. 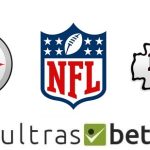 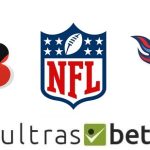