BYU will play against Utah State on Friday at Maverik Stadium, Logan, UT.

BYU is ranked 13th in the country and the Cougars have an interesting style. They like to run the football while their defense is all about grinding. The Cougars managed to keep the 19th ranked Arizona State to just 17 points and won the game 27-17. RB Tyler Allgeier rushed the football 21 times for 69 yards and a TD. QB Jaren Hall finished with 214 yards, 2 TDs, and 2 INTs while the defense forced 2 INTs on their own against Arizona State.

Utah State is 3-1 and ranked 73rd in the country. The Aggies were held to just 3 points against Boise State last week in a game they would like to forget as fast as they can. QB Logan Bonner finished with 11 out of 25 completed passes for 173 yards and 2 INTs. RB Calvin Tyler Jr. had a great game on the ground but he was the only light in the tunnel.

BYU will definitely start strongly and take the lead. By taking the lead, the Cougars will force Utah State to throw and the turnover machine called Logan Bonner will definitely have a tough day. BYU can control this game fairly easily. 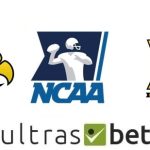 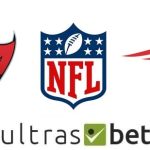