Any online casino which goes around calling itself the “number one licensed bitcoin casino in the world” better be able to walk to walk as well as talk the talk.

Any online casino which goes around calling itself the “number one licensed bitcoin casino in the world” better be able to walk as well as talk the talk. Fortunately, in the case of this bitcoin gambling portal, BitCasino can back up what it says – for the most part. This major gambling domain is open to US players, was launched in 2014, and is owned by mBet Solutions NV. Gameplay.

It is available in English, Japanese, Russian, Portuguese, Chinese, Spanish and Turkish, and also has an Ask Gamblers certificate of trust. It also won the 2016 EGR Award for Bitcoin Casino Rising Star and is a Bitcoin Foundation Silver Member.

Their claim to being a fully licensed casino is not off the mark, either. BitCasino holds a Curacao issued gambling license and has is Provably Fair certified by TST (Technical Systems Testing). In essence, what we have is a mobile and instant play casino site which caters to all and is actually one of the safest, securest and most respected of all bitcoin casinos. So far, so good – but how will it hold up in other areas?

There are four major promotions up for grabs when you decide to throw in your lot with BitCasino.io. For starters, the casino offers players the chance to claim a first deposit bonus. This bonus is worth a 100% match and can double whatever you choose to deposit up to a sum of mB 1,000. Make a second deposit at the casino, and you can claim a 50% match worth up to another mB 1,000.

Players will also be able to claim continuous reloads bonuses, up to 5 times per day, every day. The 25% reload bonuses can offer you the equivalent of a quarter of your total deposit back as a bonus worth up to mB 500. Bonuses are valid for a total of 30 days, which isn’t bad going at all.

Special game-specific bonuses also form part of the promotional package offered at BitCasino.io, while a VIP club aims to treat the casino’s highest rollers and frequent spenders to a range of additional offers and deals. In the past, there have been complaints that the VIP Managers at the casino aren’t quite up to scratch when it comes to handed you their latest deals, though. This is something to consider. 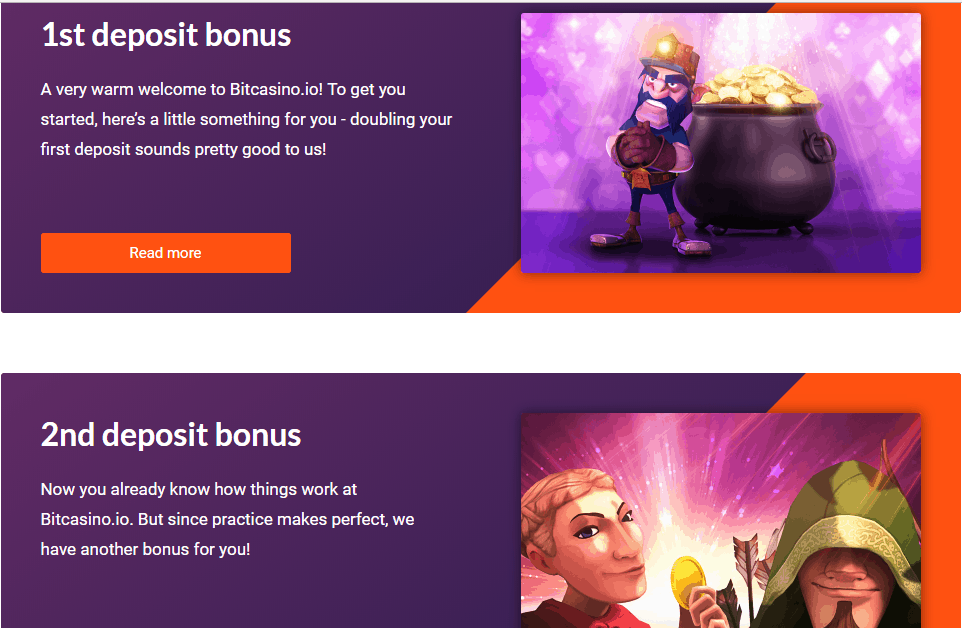 BitCasino.io certainly has no shortage of games in their library. You can find the latest traditional casino games and slots from Microgaming, NetEnt, Evolution Gaming (live dealer games), BetSoft, and Play ‘n Go. In addition, games from iSoftBet, Ezugi, Endorphina, Pragmatic Play, and a host of smaller developers which offer their titles via Microgaming’s Quickfire platform. 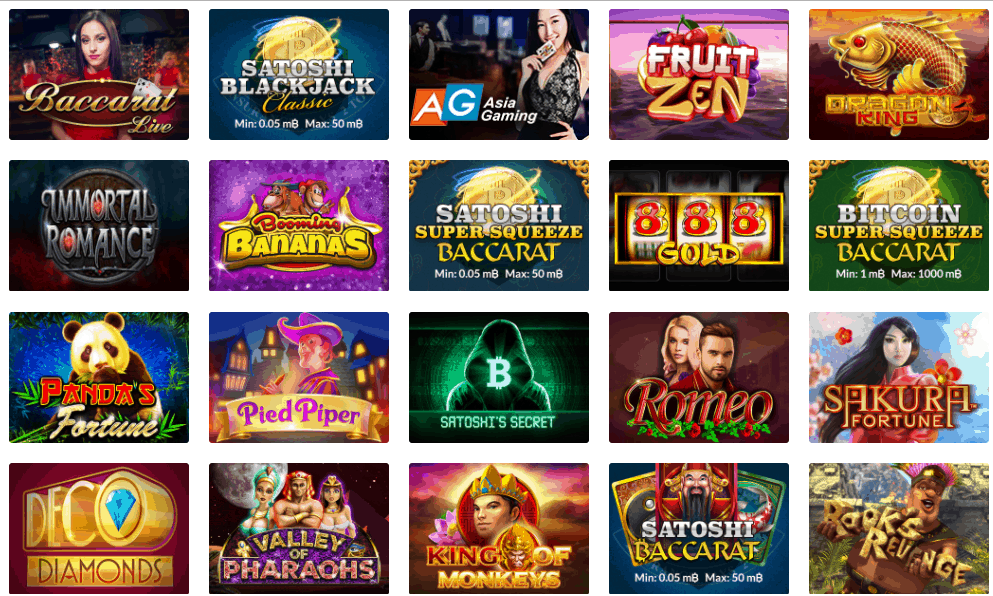 There’s a whole host of games for you to try at this site, including 3D slot machines, table games such as roulette, blackjack, and baccarat, and video poker games. Table poker games are in short supply, though. Still, if you want to play some of the hottest slots with bitcoins, then BitCasino is right up your alley. This is thanks to games like such as Starburst, Boom Brothers, Fruit Zen, Highlander, Immortal Romance, Planet of the Apes, Mystery Joker 6,000, and specialist bitcoin games such as Satoshi: Super Squeeze Baccarat.

Sports bets are also carried at BitCasino.io, so if you fancy a flutter on your favorite sporting events, that too is a possibility when you play there.

One of the strengths of BitCasino.io’s deposit options is also its weakness. Their ability to offer players the chance to deposit and withdraw using bitcoins is certainly going to lure in a crowd, but not everybody uses bitcoins – some players prefer to use other forms of cryptocurrencies.

You can’t use those other cryptocurrencies here, with only bitcoins accepted. On the upside, BitCasino.io’s withdrawal times are amongst the fastest of any bitcoin casino on the net.

Live chat seems to be the quickest and most efficient way of obtaining support and assistance at this bitcoin casino.

The customer support team is friendly and eager to help, although again, there are reports of VIP Managers being next to useless if you happen to be a VIP member of the casino. You can get in touch via e-mail, too, although with live chat offered, we’re not quite sure why anybody would take this option. 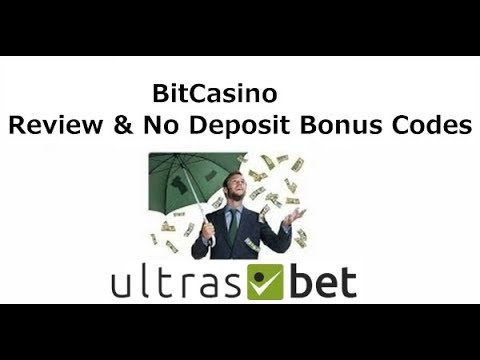 Why Play at BitCasino io?

The chances are that most players aren’t going to become VIP members of this casino, so the lack of efficiency from VIP managers regarding VIP offers and deals isn’t likely to affect too many players. In virtually every other area, though, BitCasino.io is on top of its games.

It would be better if they would open themselves up to other cryptocurrencies, but that seems like such a small complaint when everything else (especially the games library) at this casino is certainly above board. Licensed, respected, and secure, you couldn’t really ask for more in a bitcoin casino site.

Is BitCasino io Legal?
Absolutely, since we first saw this online casino in 2014, they hold a Curacao license.
Is BitCasino io Legit?
BitCasino io is a legitimate gambling portal where you can play casino games from providers like Betsoft, Microgaming, Netent & Play’n Go.
Is BitCasino io Safe?
All the latest security protocols are in place when we talk about BitCasino and you will not have any problem with your personal information.
Share
Facebook Twitter LinkedIn Pinterest Reddit WhatsApp Viber Share via Email Print
Back to top button
Close