Atlanta United hosts New York Red Bulls on Monday in a game from the MLS Play-Offs.

These two teams finished in first and second place in the Eastern Conference. The New York Red Bulls won the regular season by recording 22 wins in 34 games – one more than the Atlanta United and finishing two points more than their opponent. Expected two teams qualified for the final of the conference as the first match will be at the Mercedes-Benz Stadium in Atlanta.

The hosts have never won against the New York RB and this will be a serious challenge for them. In three games between the two teams, the guests have 3 wins and 1 draw. Atlanta United scored two wins against New York City with 1:0 and 3:1 at the start of the playoffs, but could it win for the first time against the New York RB?

The New York Red Bulls made a surprising defeat of the fifth in the regular Columbus Crew season with 0:1 at the start of the playoffs. In their home team, however, Chris Armas scored a 3:0 win and qualified for the final of the conference. The New York RB had only two wins in their last seven matches as guests. They scored five of these matches and I think they will score against Atlanta, but the hosts also have to score as they have Josef Martinez, who scored 33 goals in 36 games. 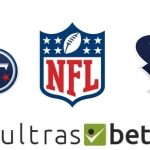 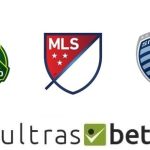