In a game from Alliance of American Football, we will see Atlanta Legends at Arizona Hotshots.

After the first 3 weeks, we can easily say that the Atlanta Legends look like the worst time in the league. They are not able to defend anything and on offense, they do not show much, either. This time around, they will be facing an Arizona team which is the second best in the league according to the most AAF experts.

The Hotshots are probably even the best talent wise. This looks like a sure win for them, however, covering the spread may be a different story. They will be playing in this one without many injured players and this could certainly affect their rhythm. They have plenty of injured backs on defense and an injured QB in the face of John Wolford. Jhurell Pressley will be expected to perform as he is the fourth-best running back in the league in yards rushed.

The Legends are allowing 133 rushing yards per game and I expect them to give big yardage to Pressley in this one. He should have a good game and keep the ball away from the Atlanta offense. I believe that the Hotshots still have enough talent to perform, even though they will be without some of their best defenders. 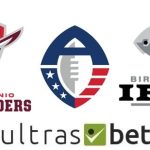 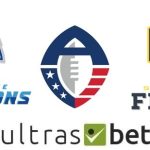