Arizona will play against Washington State on Friday at Martin Stadium, Pullman, WA.

Arizona won just 1 from their first 10 games this season. The Wildcats have scored over 20 points just twice and this is really a problem for this team. The Wildcats struggle with rushing the football as they are averaging just 133.8 rushing yards per game. The passing game is a bit better, averaging 216.4 yards. The offense struggles near the end zone as it rarely converts zone advantage into points and the team is scoring just 17.3 points per game.

Washington State is 5-5 and having an inconsistent season. It is fair to say that they are on the rise as they’ve won 4 of their last 6 games. One of their losses during that span was against Oregon who are currently ranked third in the country. The team’s offense is averaging 25.7 points per game, mainly relying on the passing game which is pretty decent. The defense is allowing 26 points per game.

Washington State’s passing offense is good and Arizona does not have what it takes to stop it. Arizona also struggles to score points on its own and they will be in for a long game on Friday. 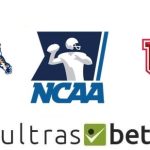 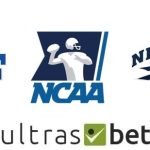