Akron will play against Ohio in Week 11 of NCAA Football on Tuesday.

The Akron Zips are 0-1 after losing by a big margin to Western Michigan. The Broncos put 58 points on the Zips and they were unstoppable. Their QB threw for 262 yards on just 12 completed passes. This makes it over 20 yards per passing play. Akron’s QB Zach Gibson completed 18 of 30 passes for 125 yards, 1 touchdown, and 1 interception. RB Jeremiah Knight added 74 yards on the ground but the defense could not really hold up the opposition’s offense.

The Ohio Bobcats are also 0-1 but they played a much more competitive game against Central Michigan on the road. QB Kurtis Rourke was really impressive as he completed 12 out of 19 passes for 231 yards for 2 touchdowns and 0 interceptions. He will expect more of the same against the shaky Akron defense and he might just get it. RB De’Montre Tuggle was also very solid with his 79 rushing yards and a touchdown on 16 carries.

Ohio has the weapons to score in bunches against Akron. Rourke is the kind of QB that can put a lot of points on the board and his wideouts are also very talented. Akron will have to settle for another game where they concede a lot and I just do not see them competitive at all here. 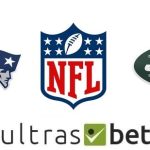 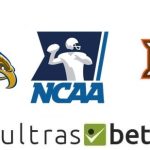